9 Signs Your Girlfriend Is Gonna Love You Forever 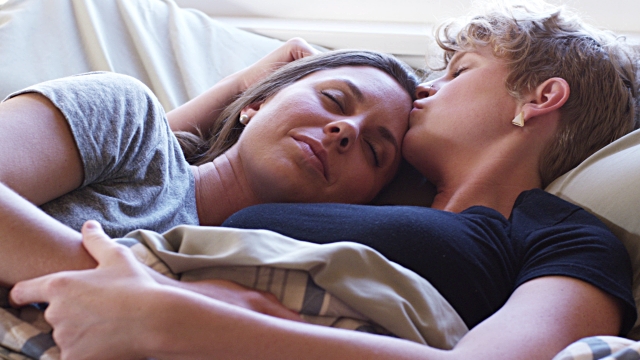 Have you ever caught yourself wondering if your relationship is meant to last, or if it’s just a temporary situation that could change at any time?

Of course, everything is temporary in the grand scheme of things, but when it comes to relationships, there’s temporary, and then there’s long-term. (I guess it could probably be argued that there’s also happily ever after – truly a category all its own – but I feel like there’s still one of you ending up missing the other…

Unless you do some wild Thelma & Louise thing. But I’m definitely not going to encourage that.)

That being said, there are definitely a few signs that the woman you’re with is planning to stick around for a while. There are no promises in life, but the more of these clues you see in your own relationship, the more likely it is that she’s going to stick around – so make sure you’re treating her just as well!

1. She takes care of you – emotionally and physically.

The woman who’s going to love you forever might not have all the answers, but that won’t stop her from doing what she can to take care of her lady. If you’ve had a particularly rough day at the office, she’ll rub your neck and shoulders, or run you a nice warm bath. She’ll cook you dinner and surprise you with coffee in the morning. Best of all (for me, at least), she lets you vent about your day, and she tries to cheer you up once you’ve cleared your chest.

2. She wants to spend time with you.

I’m not saying she’s going to try to spend every waking minute with you – that’s something else entirely. But the woman who truly loves you is going to want to spend time with you when she can. If she can’t spend time with you, she’ll check in periodically through text, IM, or a quick phone call. Again, she doesn’t have to constantly be glued to you, but she definitely doesn’t go ghost on you.

Sure, your sex life seems like a dream, and when you do have sex, it’s pretty much the best sex you’ve ever had. (Thanks, chemistry and biology!) But sex just isn’t that important. It’s not why she wants to be with you – it’s just a great bonus. She has bigger priorities than just getting it on, and even when you aren’t in the mood, she still wants to be around you.

4. Your opinion matters to her.

If she has a tough decision to make – or any decision that affects you too – she’ll check in and get your advice before she makes a final choice. She values your input and knows that the things that affect her are going to affect you, too. She doesn’t ask you just because she thinks you’ll go along with what she was already going to do.

Different people have different levels of barriers, boundaries, and blockages, but the woman who loves you will let her walls down little by little. She’ll tell you things that she’s never been able to tell anyone, because she trusts that you won’t use this information against her. When you talk to her, you can trust that she’s telling you things to tell you things – not just to clear her own conscience.

It seems so cliché, but the woman who loves you isn’t going to want to chase after anyone else. When you’re together, she’s basking in the awesomeness that is you and doesn’t bother checking out other people in front of you. You’re pretty sure she doesn’t check anyone out when you’re not there, either, but you trust her too much to ask for sure. Most of all, she would never flirt with someone else – regardless of whether you’d find out. If another woman hits on her, she’s quick to let them know she’s spoken for.

7. She talks about the future with you.

The future can be a really scary place, but the woman who loves you wants to explore it together with you. You’re a part of her future plans – even though she checks with you first (see #4) – and she doesn’t want to think of a world after your love ends. The relationship might not be moving very fast, but it is moving, and you feel confident that you’re not moving farther away from each other (at least not on an emotional level – physical distance is sometimes unavoidable).

8. She’s proud of you and your accomplishments.

The woman who’s always going to love you is going to be like your own personal cheerleader – pom-poms optional. She’s proud of what you’ve accomplished, and she encourages you chase your dreams. She’s also happy to show you off, and it seems like everyone in her life knew all about you (and had appropriate compliments prepared the first time you met them). She also takes (or agrees to take) those cheesy couples’ selfies with you, because that’s what you do when you love someone, right?

9. She wants you to feel special.

Most importantly, the woman who’s always going to love you wants you to feel happy and appreciated. She lets you know how she feels whenever it’s appropriate. She appreciates the things you do for her, and she tries to do just as much for you. She may have been the first person to confess her feelings, too – and she regularly lets you know that they haven’t changed.

PrevPrevious6 Mental Health Issues That Are More Common Than People Realise.
Next8 Reasons Summer Is The Best Time to Be In A RelationshipNext