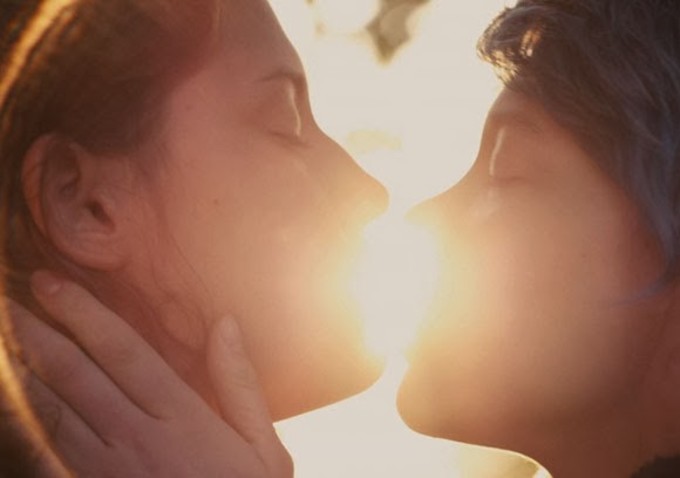 I don’t know about you, but I have a really hard time “finishing” in the bedroom. I’ve only had a handful of partners who could actually bring me to orgasm, and it’s almost always involved a bunch of different stuff. I end up feeling guilty about it sometimes, because I know that sometimes, you really just want a quickie, and I’m not about to get off until at least 45 minutes in.

Realistically, though, there’s nothing to feel guilty about that. Statistically speaking, most women can’t orgasm from a single type of stimulation, and there are many women who can’t orgasm (or, at least, they haven’t). I look at statistics like these, and suddenly my 45-minutes-to-three-hours doesn’t sound so bad after all.

When I heard that there were ways to increase the orgasms I had, both in quantity and quality (so to speak), I was really excited to check them out – and, of course, share them with you!

So, what are these mysterious, scientifically-proven methods?

I’m sure we’ve all heard of Kegel exercises before, but just for a recap, that’s when you intentionally work your pelvic floor muscles. Like any other muscles, they can get a little squishy, and they don’t have the same “push-back” when you’re getting busy.

What you might not know is that Kegel exercises actually have a whole host of other benefits, too. Your pelvic floor helps support your bladder, your uterus, and your vagina. Not only does it help to tighten the vagina (which will increase the sensations that you feel during penetrative sex), but it can also help with frequent urination problems! (Although, technically, its ability to produce a stronger orgasm aren’t completely proven – they are a bit subjective, after all.

To get started with Kegel exercises, all you need to do is sit in a comfortable position. Now, imagine that you’re urinating, and squeeze as if you’re trying to stop peeing. (Please don’t actually do this while you’re using the restroom, as it can actually cause some problems – instead, just do them while you’re watching TV, playing on Facebook, driving…) You can even do them during penetrative sex, and your partner will be able to feel you squeeze. Ideally you’ll want to do these exercises a few times a day, and not just while you’re getting busy. Like any other muscle, repeated strength training will definitely improve things.

If you’re looking to buy something to help with your Kegel exercises (although it’s totally not necessary), Ben Wa Balls were literally made for this. There’s also a handy new device that’s basically a FitBit for your personal bits, and it’s actually pretty cute! Or, for those with a little more of a flair for technology, there’s even a device to let you use your vagina to control a video game. Yes, you read right.

I know, it sounds like this is the opposite of what you want, but let me explain. Your orgasms are going to be much stronger, the longer you’re left anticipating them. According to sex educator Dorian Solot, “The longer the arousal buildup, the bigger the explosion.” This means that you really should be teasing your partner more, and letting her do the same for you – it’ll pay off in the long run!

Leave those yoga breaths outside of the bedroom. Beth Orenstein, contributor for Everyday Health, tells us that focusing on your breathing when you’re approaching orgasm will actually make things better. Instead of slow, deep breaths, try taking shorter, quicker breaths. This one won’t work for everyone, but it’s worth giving it a try – what do you have to lose?

I’m starting to feel like a broken record, because I keep insisting on the importance of open communication, in every stage of every type of every relationship ever. But it’s true, and when it comes to sexy talk, it actually has a double-edged benefit. Not only does asking for what you want greatly increase the probability that you’ll get it, but talking dirty can be really fun and sexy anyway. It might take some time to get used to it, particularly if you’re shy, but thankfully we’ve got a handy little guide for that one, too.

Another thing you should be considering is the different times of the day. Some women are incredibly responsive in the morning – so if you find that your morning self-love sessions do the trick for you, try for some wake-up sex with your partner! Others will find that midnight does better for them. There’s no right or wrong – just what works for you. But you have to figure it out first.

Cut back on alcohol.

Since alcohol is commonly used to lower sexual inhibitions, it seems a little unfair that it actually cheats you out of the good orgasms you want (and deserve). For most women (and men too!), alcohol makes the orgasm significantly less intense, if you even have one at all. Personally, I implement a rule that I don’t have sex if I’ve got more than a slight buzz on – and, for the sake of your sexual satisfaction, you probably should, too. Better yet, have sex before you go out drinking, and you might not even need as much alcohol to have a good time!

According to a 2014 University of Albany study, heterosexual female college students in committed relationships had better orgasms the more often they had them. Of course, there are a variety of factors in place here, so it would definitely be something you should try for yourself, rather than taking the study at face value. But, even mediocre orgasms are still pretty great, so we think it’s worth practicing a little for this one.

Use toys, sex cushions, or even costumes.

Sometimes, it’s as simple as mixing things up. There are so many different types of sex toys on the market, designed for so many different things, you’re really not limited by anything other than your budget and your personal inhibitions. For those who like penetrative sex, those are definitely the most widely used sex toys, but they are far from the only option out there.

Sex cushions, on the other hand, don’t need to be specifically sexual (although there are wedges that are strategically designed to put your body at the “perfect” position for optimum pleasure). Just use some pillows, and experiment with different angles. Not only does a cushion or pillow let you try something new without being incredibly uncomfortable, they can even give you a better look at what your partner is doing down there – and that can be incredibly sexy.

For the super adventurous among us, having your partner play to your fantasies and fetishes can stimulate you mentally while she stimulates you physically – leading to a double-edged orgasm that will, by design, be even stronger. Of course, you should pick a costume that your partner actually feels comfortable wearing, but you should feel free to explore your fetishes.

The “throbbing” feeling that you get when you’re incredibly aroused comes from blood flow – so it makes sense that you should work on improving your circulation whenever possible. We know that exercising, eating right, and giving up nicotine are all responsible for improved blood flow, so if you’ve been looking for more motivation to keep up with those good habits (and kick the bad ones), remind yourself that your orgasms are going to be so much better when you do.

Okay, so it might seem weird to make jokes while you’re having sex, but hear me out: Being with someone who makes you laugh leads to better sex. It doesn’t have to be in the bedroom, of course; the correlation between humor and sex drive is documented no matter when your partner makes you laugh. But if you can’t have sex without cracking a joke sometimes, are you really having sex with the right person?

This one really ought to go without saying, but… You never know what you like until you’ve tried a few things, and you’ll never get good at something unless you practice. That obviously means that the more experimenting and practicing you do, the better your sex is going to be, right? We think so, too.

All in all, there really isn’t a lot that’s off limits between consenting adults, so you should try to find someone who’s into trying the things you want to try – and then trying them a few more times, just to be sure.