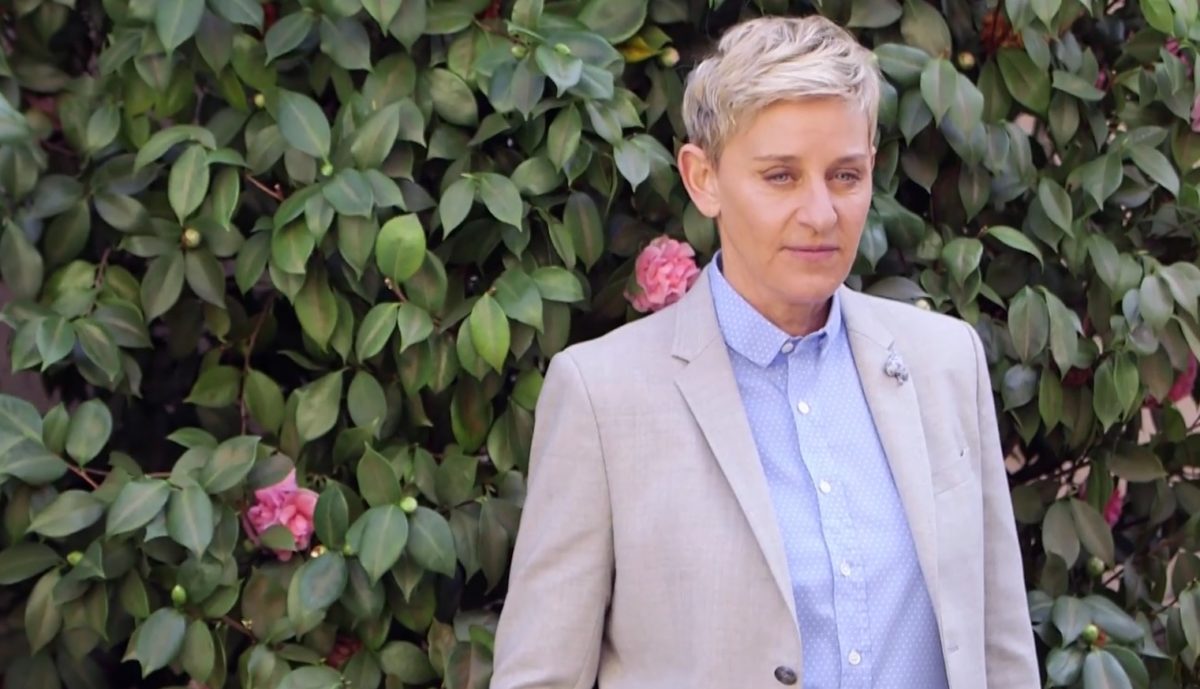 It’s been 20 years since Ellen DeGeneres announced she was gay on national television.

However, in a recent interview with TIME magazine, the now hugely successful TV host, reflected on her coming out, and how a string of homophobic performers nearly ended her career.

DeGeneres told the magazine in a short video clip celebrating her contributions as a woman;

I was warned by my publicist at the time — everybody said, ‘We could destroy this whole show.’ But, you know, it’s my life.”

DeGeneres explained that she wasn’t trying to be political in any way when she decided to share the news.

I wasn’t trying to be an activist. When I did, it just made sense that the character would come out, and it was the greatest thing that happened because it sent me on a different trajectory, and here I am now and there’s no secrets. I’m not ashamed of anything.”

She also admitted that even before coming out, she had a hard time getting accepted in the male-dominated world of stand-up comedy.

DeGeneres also described a moment where she didn’t think she would ever return to comedy;

There was a night in particular that there were two guys on before me and their stuff was very homophobic – slamming women in every kind of way.

And no one knew that I was gay necessarily, it was just a very angry testosterone-filled crowd by the time I got on stage. The entire front row of guys got up and turned their chairs around and faced the audience.

That was a night that I thought I would never do comedy again. And I don’t know where those guys are now, but they didn’t get the Medal of Freedom.”

Last year, DeGeneres received the Medal of Freedom from President Barack Obama in an emotional ceremony for her bravery and contributions to the community.