I’m Always the Other Woman | We Answer Your Questions 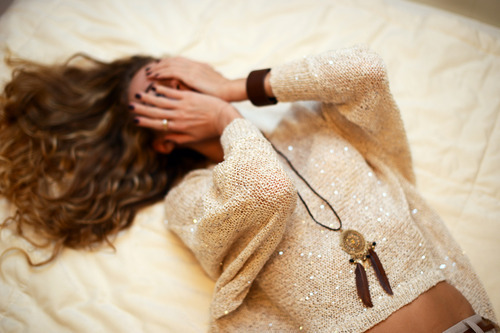 Q: I’m Always the Other Woman

I’m taking a deep breath before spewing this out. Maybe 2 days ago got a phone call informing me that the woman I’ve been chilling with for the past 5 or so months has actually had a long-term, long-distance girlfriend. She’s moving in this weekend. Wait. Stop. Excuse me?!? How did I miss that? To be fair, she withdrew a little last weekend, but really, that withdrawal should not have been the first tip that something so big was going on.

Now, here comes the harder part for me to say. This is the 3rd woman I’ve dated who has had commitments elsewhere. One “forgot” to break it off with me before jumping into bed with the love of her life. With the other, one of her friends tipped me off.

Examining it all, I guess it’s pretty easy to carry on an affair with me. I’m not quite 26 and working to keep my head above water while trying to earn a master’s degree. I work anywhere between 40 and 50 hours a week, am enrolled in two classes, and sometimes pick up between 10 and 15 of extra work. I enjoy getting the heck out of town on the weekends with my friends. We always saw one another 2 or 3 days a week, usually at least one weekend day, and had a decent amount of phone and e-mail contact. That seems like a lot of contact to me but there are 3-4 other days a week that I was not physically around to play with her. Short of running hiring a private investigator, how can I verify a woman is telling me the truth when she says that she is single?

In dating, I’m really just looking for someone to play with in my non-work time. If something deeper develops, that’d be great but … chances of finding Mrs Forever seem pretty slim at the moment. After this string of bad luck, I’m annoyed with myself for being a bad people reader. There’s a lesson being missed here, but I can’t seem to grasp it. I just … almost feel like it’s unethical for me to keep dating. I keep thinking of the other women who just moved her life for her! I don’t even have the right to feel this way because she wasn’t mine — she was *hers* and I was stealing her. How do I deal? Should I say something or just let go?

Q: Wow, reader, that seems like a very complicated situation. It sounds to me like you are at least partially blaming yourself for these women being unfaithful to their partners – but if you didn’t know about it when entering the relationship, it’s not you – it’s them.

I know that doesn’t really make it any easier to deal with, but at least you have the clear conscience of knowing that it’s not your fault. (Of course, this is me assuming that you broke it off once you found out that their commitments lied elsewhere.)

You shouldn’t have to hire a private investigator to determine whether the girl is single or not. I understand that it can be difficult when the women aren’t being honest with you, but it can be really difficult to find out if a woman is telling you the truth without invading her personal privacy. Of course, if she’s being dishonest, the invasion may be warranted – but if you “check up” on the wrong woman, it can be disastrous and may even cost you the relationship.

My first thoughts here are simply, where are you finding these women? If you’re meeting them through the same outlets (such as all at a bar, all through online dating, etc.) it may be as simple as changing your approach. It’s always a good idea to switch things up anyway, particularly when you find that you keep attracting “the wrong women”. (Even if they may be “right” in all other ways, and simply emotionally unavailable.)

If it is possible for you to do so, I would recommend that you try and shift your search to women just outside of your personal network – that is, friends of your friends. It can be awkward to find out about women this way, but generally people will know the relationship statuses of their friends. (Be warned, though – I was once set up with a friend-of-a-friend who ended up playing me and another girl; she was being dishonest to our mutual friends, as well.)

In regards to how you feel about this situation – you do have every right to be hurt. Just because she wasn’t “yours” doesn’t mean that you thought she was yours. While you don’t have the right to, for example, demand she leave her long-term girlfriend, you do have the right to feel hurt by this girl’s actions.

I wouldn’t say that it would be unethical for you to date – it’s not like you’re intentionally seeking out girls who are already attached. You’re just as much of a victim as their girlfriends are, as you, too, were being played. It can be a tough situation to be in, as “the other woman” also feels a great amount of guilt, but it’s important for your own sanity that you place the blame where it’s actually due.

I’m of the mind that you should absolutely say something to this woman. Tell her that you don’t think it’s fair how she treated you, and how she went behind her girlfriend’s back. It most likely won’t change anything, but it will probably make you feel better – and sometimes that’s more important. (Besides, even if it did change things – would you want to be with a woman who was unfaithful to their last partner? It might be a generalization, but sometimes a cheater remains a cheater.)

PrevPreviousHow to Get the Girl, According to Disney
Next9 Realizations You’ll Have After Coming OutNext