Capitol Hill in Seattle is one of America’s largest gay neighbourhoods. During the 1960’s a large gay residential settlement began and the area soon became known as Seattle’s gayborhood.

In an attempt to raise awareness for the gentrification and loss of queer space, artists got together and created the In This Place 206 art project to remind people of the queer history behind Capitol Hill.

Gentrification, a term used to describe a process of renovation and revival in which affluent residents move in causing low income families to become displaced, has been steadily happening in Capitol Hill and many of the LGBTQ community have since left. 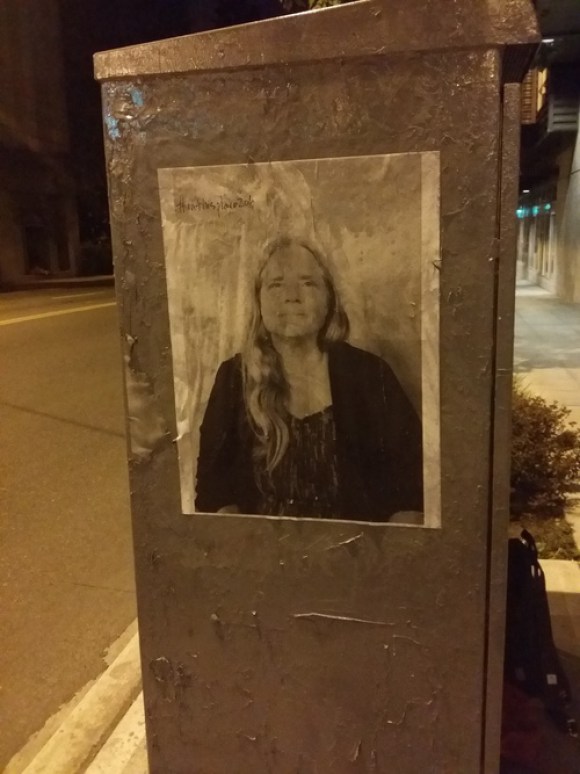 The 9 women used in the project were all former residents of the LGBTQ community in Capitol Hill and one of the Artists involved in the project, Nilda Brooklyn told CHS newspaper:

It’s really about taking up the space saying, ‘As you walk by this place, as you stand on this street corner, I stood here, I had a life here, I hung out here, I got my heart broken here. It’s really just a reminder that there’s always somebody who came before us.”

Nilda teamed up with another artist, photographer Adrian Leavitt and asked the 9 queer women who agreed to have their portrait used, three questions — their name, how they identified and where on Capitol Hill was important to them and why. They then placed the portraits around the neighbourhood to see how the public would interact with them. 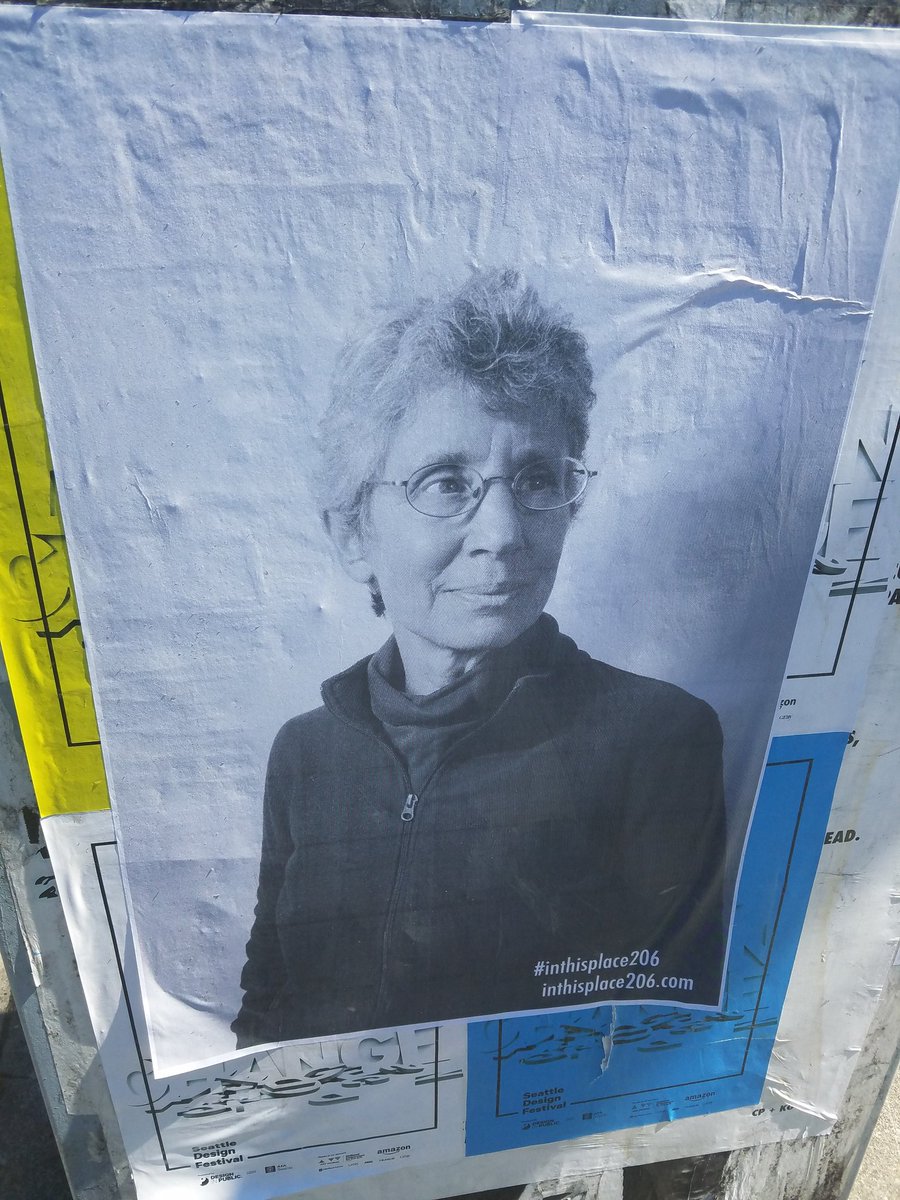 Nilda said the idea came from her own upbringing:

Having grown up in the queer and lesbian community, Brooklyn is connected to many older queer women. Those direct connections ended up being the subjects for the project.”

Some of the portraits got damaged or had graffiti sprayed on them, but the longest one put up on 15th Avenue lasted 15 weeks.  The photograph’s had #inthisplace206 printed on them in order that the artists could see via social media how the public reacted to them. 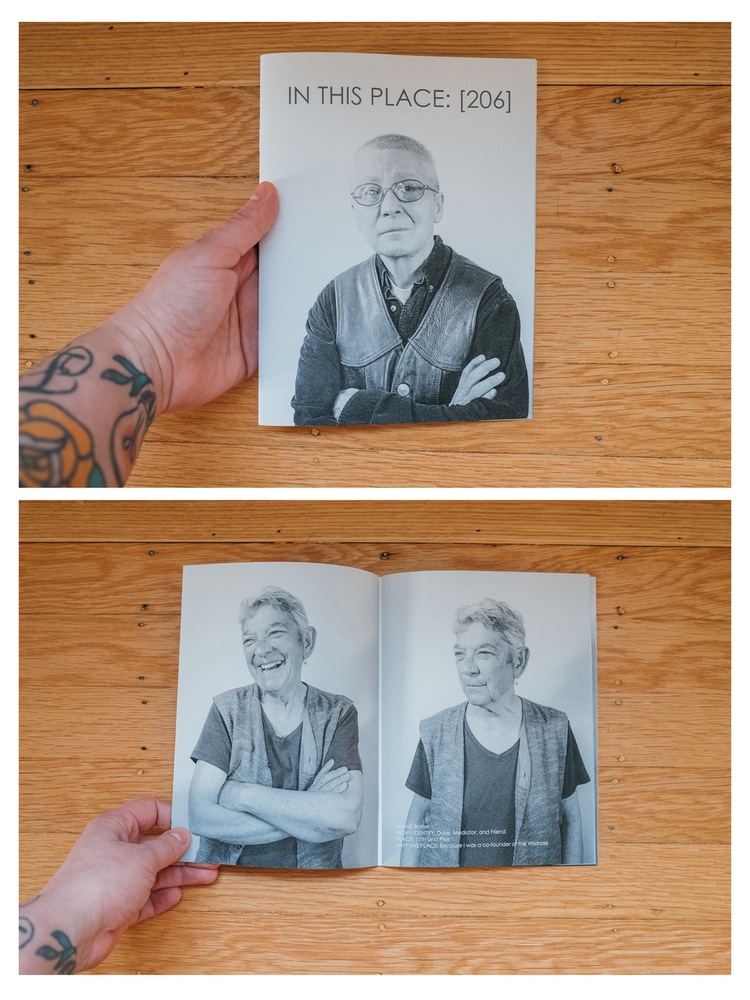 Nilda went on to say that the area has changed so much and the LGBTQ community and its queer space is diminishing slowly. She says she also feels strongly about reminding people of the history of Capitol Hill.

I think it’s important to document queer history, and I also think it’s really important in the queer community to have multi-generational connections.”

The artists plan to photograph more women for the project in the future. 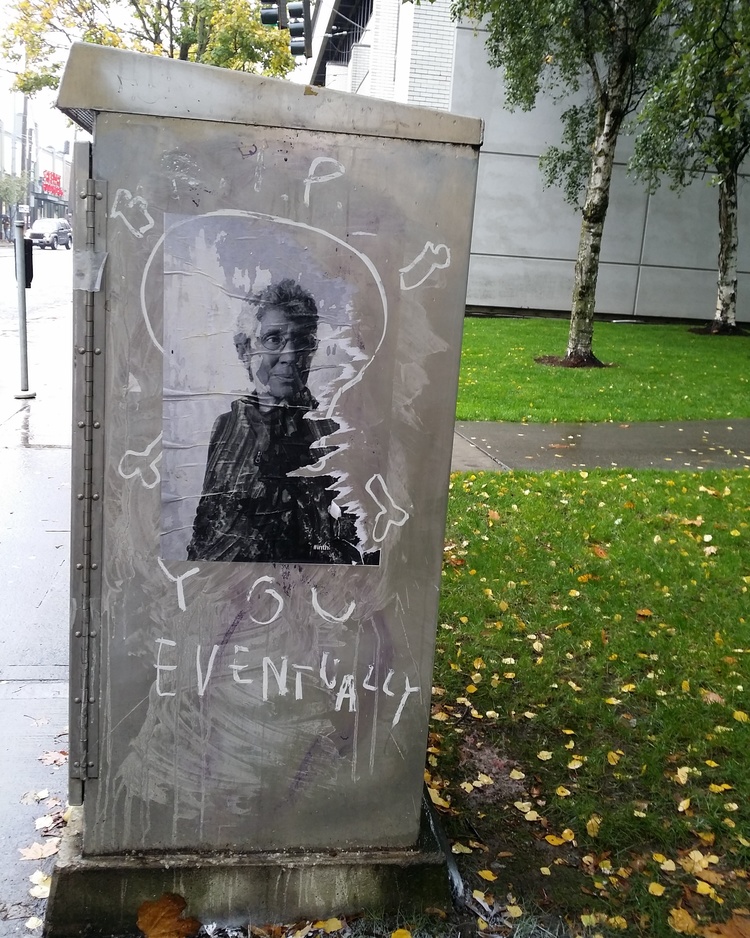 There are plenty of things to be frustrated at the heteronormative society for: decades of stifling hardship and oppression against LGBT folk. The lack of rights for non-heterosexual and non-cisgendered or non-binary people and an almost non-existent level of LGBT representation in the media are just some examples, but now, as those things get going out the door on account of being unwelcome in the first place.

We can add another unfortunate reality to the list. Yes, according to a new study led by sociologist Amin Ghaziani of the University of British Columbia, neighbourhoods with plenty of LGBT progression, support and prominence (particularly involving those who identify as gay), such as Chelsea in New York or the Castro in San Francisco, straight families and households are now muscling their way in and messing up the ebb and flow of queer culture as they do so.

According to Ghaziani’s research, across gay neighbourhoods there has been an 8 percent decrease in gay men while the amount of lesbians has decreased by 13%. One actually quite positive reason for this, Ghaziani explains, is that the rising tolerance of LGBT families and households across the United States means that LGBT folk are no longer subtly segregated to places with a majority (or a strong) LGBT population as most heterosexual people are at a point now where they’re going to welcome whoever. Which in some ways, is admirable. Too, LGBT families having children means that just like straight people, when their little ones grow out of nappies and wheelchairs, they move to “select school districts” to do what’s best for their child’s education.

Conversely though, the shift in gay neighbourhoods to distinctly less queer ones is also down to gentrification. Gentrification is what happens when an urban community changes and becomes more frequented and lived in by wealthier residents which results in expensive businesses and rising property values.

What that effectively means for these gay neighbourhoods then, is that it’s going to become steadily more impossible for LGBT folk to live in them because households just aren’t going to be able to afford it – ironically because of systematic oppression from straight people that means that it’s harder for LGBT people to make a living wage and get hired for well-paying jobs in the first place, two requisites if all of the prices in your previously affordably, accepting queer neighbourhood are about to skyrocket through the roof.

Ghaziani also adds the following, which perhaps explains why gay neighbourhoods are so appealing to straight people in the first place,

“Gay neighborhoods have been crucial to the struggle for freedom, and have produced globally important contributions, from politics, to poetry, to music, and fashion. The growing acceptance of same-sex couples underlying these findings is extremely positive, but it is important that we continue to find meaningful ways to preserve these culturally important spaces.”

This makes sense – anyone, gay straight, binary or not – would want to live in a place that’s welcoming and with lots of culture and a strong support for left-leaning politics (if that’s your political stance, that is) but the more LGBT people are forced out, the greater the need will be to find other spaces to move into and make queer and progressive, but as is the case with decades of struggles just to have LGBT human rights considered, that’s not going to be easy.