How To Tell If Your Bisexual Friend Is Still Bi 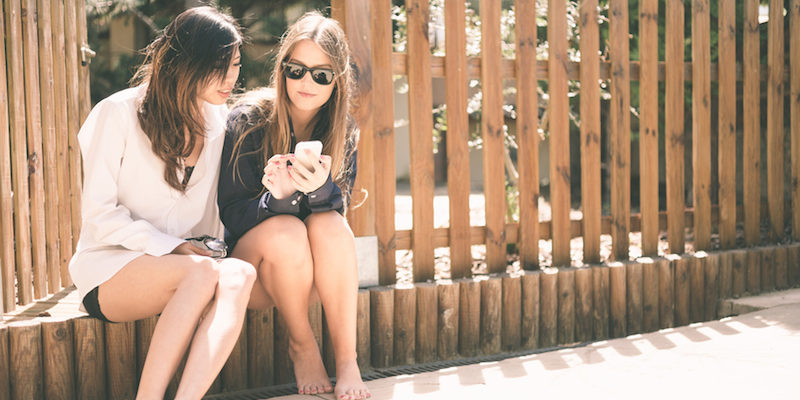 Let’s take a minute to talk about bisexuals. I’m sure you know at least one – and I’m guessing you probably know a few (whether you realize they’re bisexuals or not). I’m not sure if it’s just my personal circle, or if it’s this global thing, but from my perspective it seems like bisexuals are literally everywhere. But how do you know if the bisexual(s) you know are still bi, or if it was just a phase?

We’ve put together this handy guide to help you figure out if your bi friend is still bi, or if it was just a phase she went through.

She’s still bi if she’s never had sex with, been in a relationship with, or been in love with a woman.

Let’s face it – not every attraction goes somewhere, but that doesn’t mean that the attraction never happened. Even if she’s never had a girlfriend or a same-sex sexual encounter, she’s still bisexual. Straight is not the default orientation.

She’s still bi if she’s never had sex with, been in a relationship with, or been in love with a man.

Just like sleeping with a woman doesn’t magically make you a bisexual, you don’t have to be with a man to know that you’re bisexual. Is everyone automatically gay until they’ve had sex with someone of the opposite sex? No? Then why is your bisexual friend any different?

She’s still bi even if she’s dating a man now.

Being in a long-term relationship with a man doesn’t erase or invalidate her attraction to women. It doesn’t mean that she was going through a phase, or that she was just doing it for the male attention. She’s not “choosing” men over women and she’s not “picking a side”.

She’s still bi even if she’s dating a woman now.

When people say someone else used to be bi, before they got with their girlfriend, it always makes me cringe. What’s even worse is that this pressures the bisexual women into going along with it, because biphobia is still so strong within our community. She’s not flip-flopping… She’s just bisexual.

She’s still bi if she has a preference.

When non-bisexuals think of bisexuality, they usually picture an equal attraction to men and women. (Okay, there’s a lot of media that shows hetero-leaning bisexuals, too, but those aren’t the only options.) Very rarely in life are things split equally down the middle, and your bisexual friend is no different.

She’s still bi if she’s not out publicly.

I don’t know who came up with these arbitrary definitions for what people are supposed to look and act like what, but I’m getting really tired of its widespread implications. Contrary to what the media (and most off-handedly prejudiced comments) would lead you to believe, your style isn’t so much about your sexual identity as it is about your other personality traits. Bisexual women come in just as many diverse styles as straight or gay women.

She’s still bi unless she tells you she’s not.

It’s widely accepted now that sexuality is fluid, but that doesn’t mean you get to decide when someone else’s identity has changed. Sexual and gender identities are very personal, and there is no single quantifier that “the phase has passed”. If your bi friend no longer identifies as bisexual, she might tell you – or she might not. Her identity isn’t really your concern – it’s hers.

PrevPreviousRuby Rose Has Signed On To Yet Another Action Movie
NextSarah Paulson: ‘Emmy Win Made Me Feel Like I Belonged’Next