From the gentrified streets of London to the elevators of Italy and from the movie sets of Brazil to the many apartments/houses/basketball courts/pubs/clubs/just about every other building of the United States, this year web, web series about women who love women (WLW) have taken us all over the globe.

But one place that has yet to to show off its (fictional) queer female scene is New Zealand. Until now, that is, as the Oceanic country has gotten its very first lesbian web series in Pot Luck. 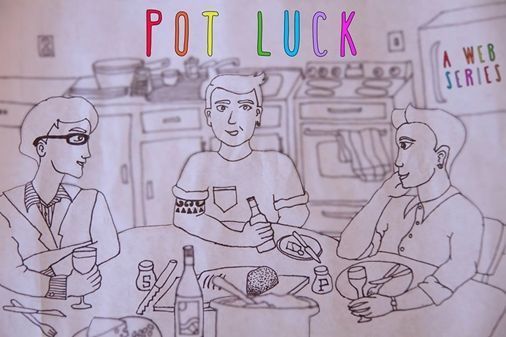 Pot Luck, says its creators, “serves up contemporary lesbian life in three great flavours”. Set in Wellington, the capital city of New Zealand, the series is all about three women: Mel (Nikki Si’ulepa), who is about as charming as they get, Debs (Anji Kreft), a shy butch, and Mel’s ex-girlfriend Beth (Tess Jamieson-Karaha). 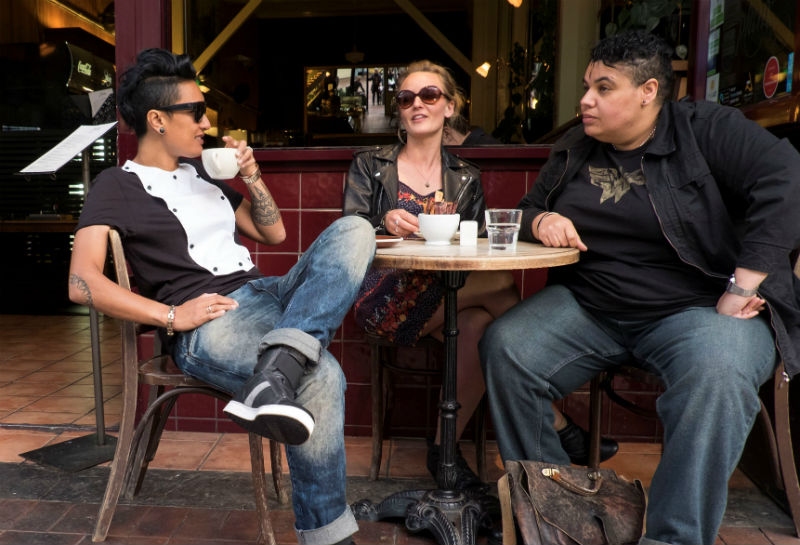 The show gets its name from the ‘potluck’ dinners (a meal where each guest contributes a dish) that the three women have every week.

But, instead of just laughing, drinking and sharing some really good food (which sounds like a good time to me), they decide to turn the weekly meeting into a search for love and the “fun, sexy, and occasionally ridiculous” show follows them on this journey and as they ‘negotiate’ family life and friendship too.

Written and directed by NZ Film School and Whitirea’s Creative Writing Programme graduate Ness Simons, Pot Luck was actually inspired by Simons’ own pot luck dinners and speaking to Big Gay Picture Show she says that “there’s so much scope for story when you bring a group of women together, so it seemed like a good idea to build a series around friendship and food and the different dynamics around the table”. 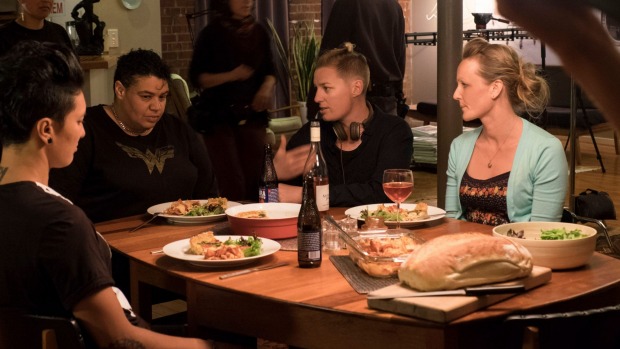 Everyone can certainly agree with that and we all want more shows about more groups of women but while the first episode of Pot Luck is available now and was funded by the Emerging Artists Trust, it does need a bit of help to finish the first season.

Pot Luck is currently on the crowdfunding site Boosted where it’s seeking $22,500 to complete the remaining five episodes of the season; at the time of writing Pot Luck needs just over $4,000 to hit that goal, with 60 hours left on the clock so chip in if you want to see more of the show in future.

With just weeks to live, an Australian woman has fulfilled her dying wish to marry the woman she loves.

After waiting years for gay marriage to be legalised in Australia and being left disappointed, Sandra Yates and her partner, Lee Bransden, decided to take their marriage into their own hands.

With the help of a crowd-funding campaign, the couple flew to neighbouring New Zealand to finally complete their short-lived fairy tale.

Surrounded by ferns and flowers in the Rotorua’s beautiful Mitai Village, Sandra and Lee celebrated their wedding in a wide glade near a flowing spring, with Maori warriors blessing the marriage.

We’re blown away by all the support and friendship. All our dreams are coming true.”

In a recent update after the wedding, new bride Ms Brandsen has announced she has just weeks to live as her lung cancer has progressed.

We wish them all the best.

A lesbian couple from New Zealand say they’re the victims of discrimination after they were turned down for a job because of their sexuality.

The couple,Emily Carter and Danika Te Moananui, say their skills and experience counted for nothing when they applied to manage Whitianga’s Mercury Bay Holiday Park, and were told they weren’t a traditional male/female couple so their application to manage a holiday park was rejected.

The holiday park owner told them:

“A man is required to attend to male aspects of our clientele, and similarly a female for feminine issues. If you better read and understood the position you were applying for then you could have saved yourself whatever embarrassment may have occurred, none on my part.”

The ad never specified a man and woman; it simply asked for a “multi-skilled couple”.

“There’s no such thing as a traditional couple anymore. There’s just people who love each other and we’re all people.”

“It is illegal to discriminate on the grounds of sex in New Zealand unless there is a genuine occupational requirement.”