Fifth Harmony’s Lauren Jauregui – who came out as bisexual in a powerful open letter to Donald Trump supporters – has slammed Trump as “disgusting”, following his decision to ban trans people from the military, and his reaction to white supremacists marching in Charlottesville.

Over the weekend, the singer picked up Best Pop Video at the MTV VMAs with the rest of her bandmates.

After the awards she said she had a responsibility to use her platform and fight back against Trump’s hatred, as demonstrated by his reluctance to condemn Nazis who chanted “f*** you faggots”.

We’ve come way too far in our stories to build these walls and to blind ourselves,” the superstars sing, adding that “love’s worth fighting for. And I know the world can be cold, we can’t let it divide us”.

The key passage is “we build bridges / Bridges, not walls,” as the band uses the popular line from anti-Trump protests to stand against all of the administration’s divisive policies.

In an interview with Complex, Jauregui said that the song “alludes to everything going on right now and how we feel about it. It’s a really powerful message of positivity.”

I have a few million followers… if I’ve got all these young people watching me and caring about what I have to say, I should say something important, because I’m so passionate about it”. 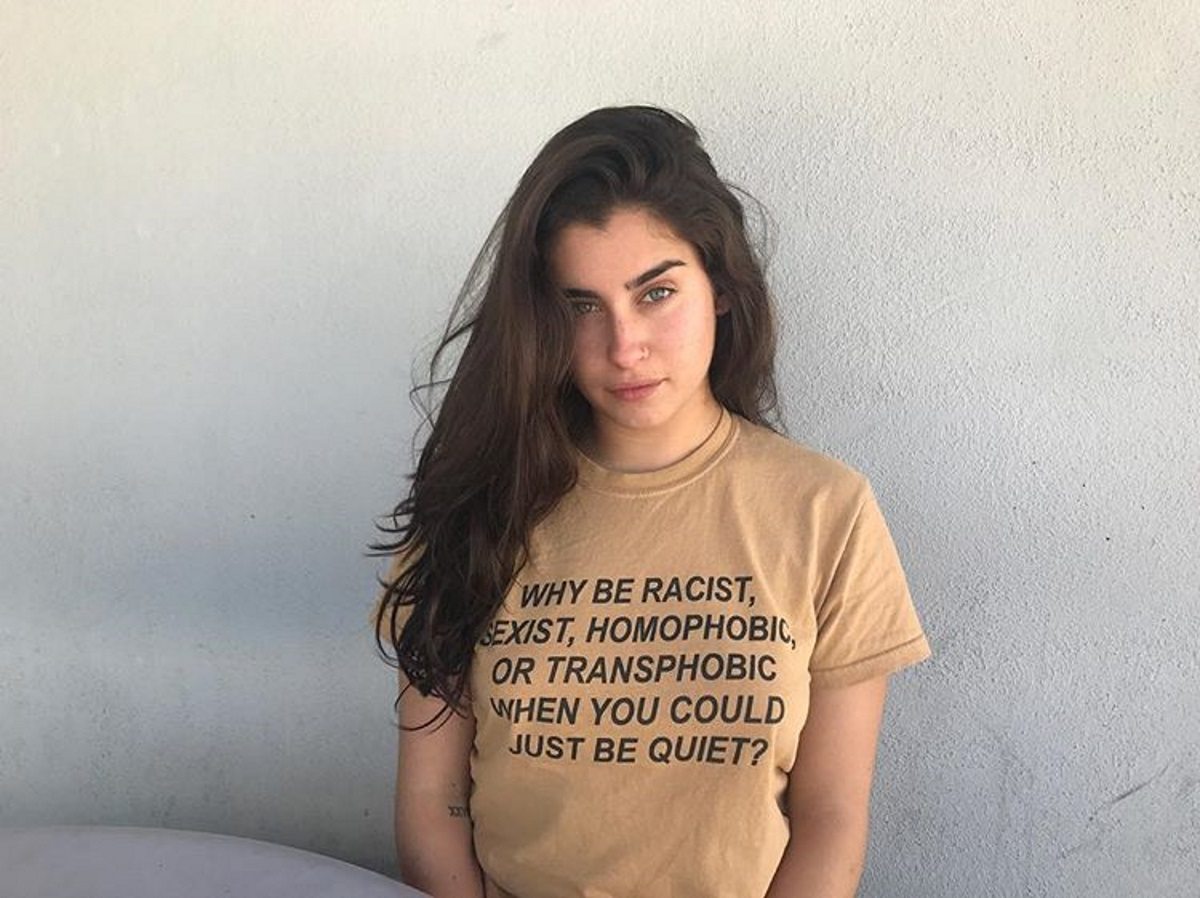 He’s been inciting these things and instigating them and being indifferent about things that are super important to the way that we treat each other. We picked him as a leader and when people look at a leader, they look at influence.

His influence has literally incited neo-Nazism and all of these crazy things that we didn’t think could have a resurgence.

We disconnected ourselves so much from history and how immediate it was that we have lost touch with what’s right and what’s wrong.

We keep talking about: “Wow, this is so crazy that this is happening,” but no no, this is the way it goes. History repeats because we forget and we don’t move forward socially.

We’re too worried about money and paychecks and advancing those things to focus on who we are as humans.” 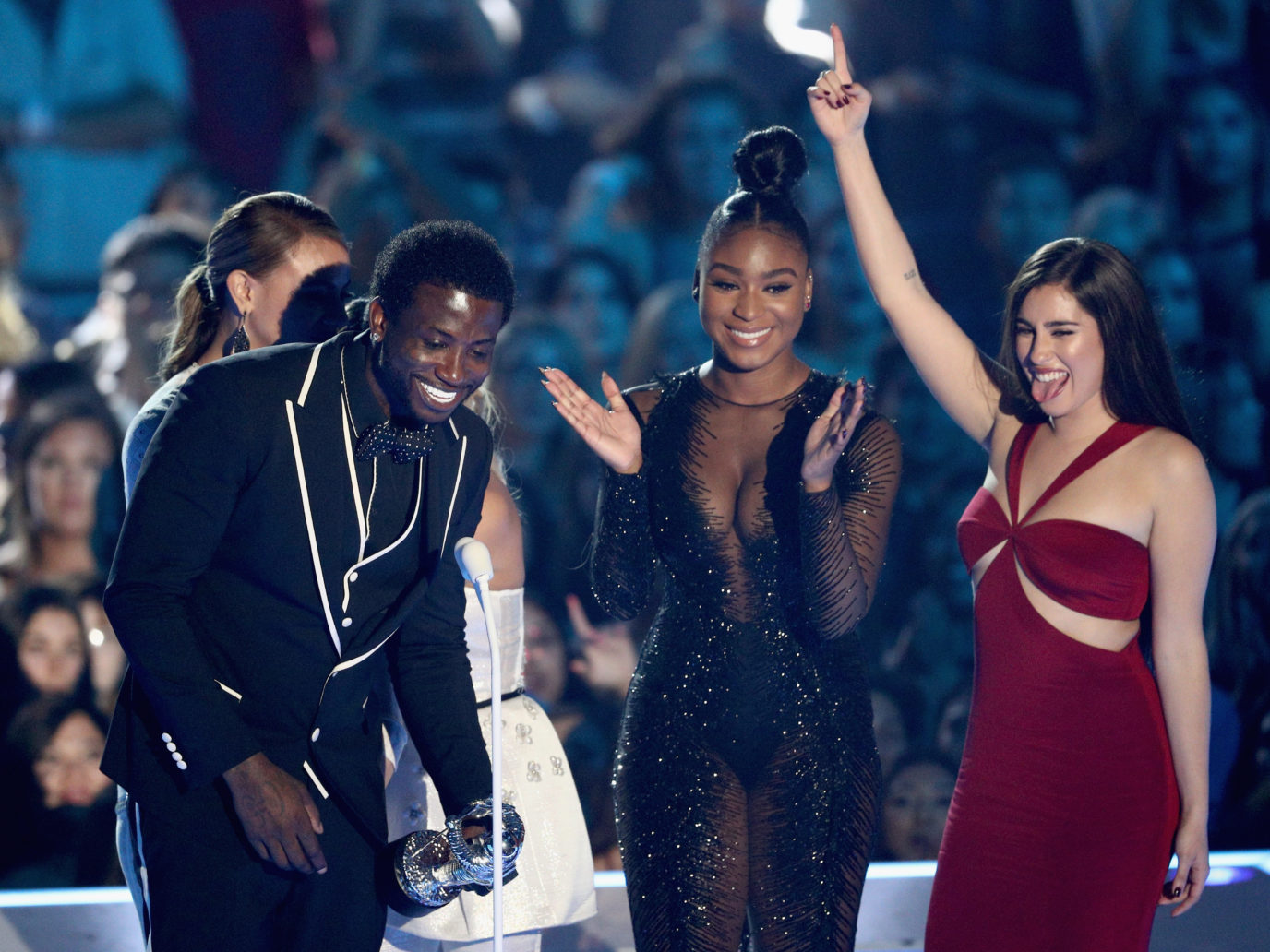 Jauregui said that the divisions created by Trump’s administration, for example between trans people and everyone else, were ridiculous.

When you really look at science, if two people fall on pavement, they’re both going to break bones because we’re all made up of the same s***.

So how is it that we divide ourselves over things as silly as skin tone and gender? How are we being so primitive in this day and age with all the technology and advancements we speak of?”

Following Trump’s announcement that trans people would be banned from serving in the military, Jauregui encouraged her followers to donate to the Transgender Law Centre.

Fifth Harmony’s Lauren Jauregui publicly came out as bisexual in November 2016, and has said she feels ”motivated” rather than ”scared” when it comes to showing off who she is, as she wants to encourage people to ”find the strength to accept” themselves.

You can’t use the fact that I’m bisexual against me if that’s something I’m proud of. I feel motivated more than scared to share who I am because it makes me feel awesome when someone comes up to me and says that because of me she was able to find the strength to accept herself.”

Talking to Seventeen magazine, Jauregui says she still has her struggles with her image, but says ”every single inch” of her body makes her who she is, and she doesn’t want to change that. 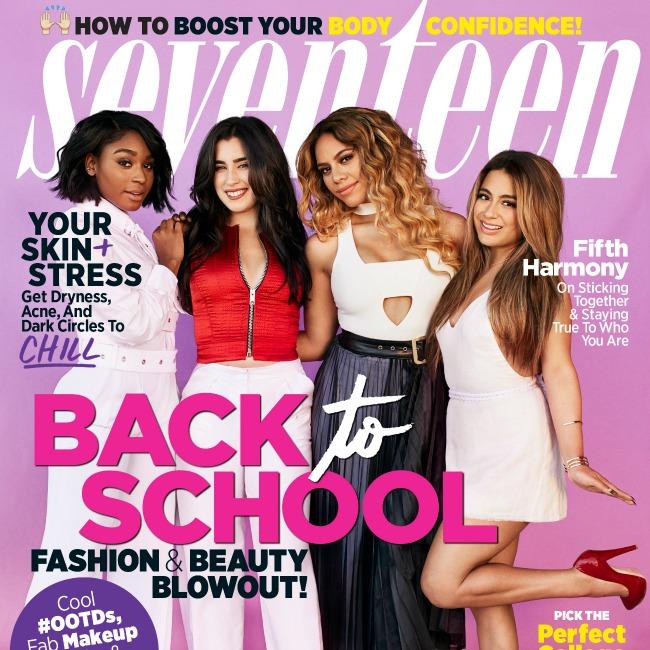 I’ve had times where everyone’s like, ‘Wow, you look so skinny! You look great!’ And they don’t know I’m in a really depressed place, and that’s why I look like that. I’m all about doing little things that make you feel healthier, like going to the gym or drinking water.

If I’m like, ‘I hate what I’m seeing in the mirror,’ I say, ‘Okay, what are we going to do to fix it?’ Regardless, every single inch and scar is what makes you you.”

In May, the singer waved the flag of inclusivity on Strangers alongside fellow bisexual pop star Halsey. 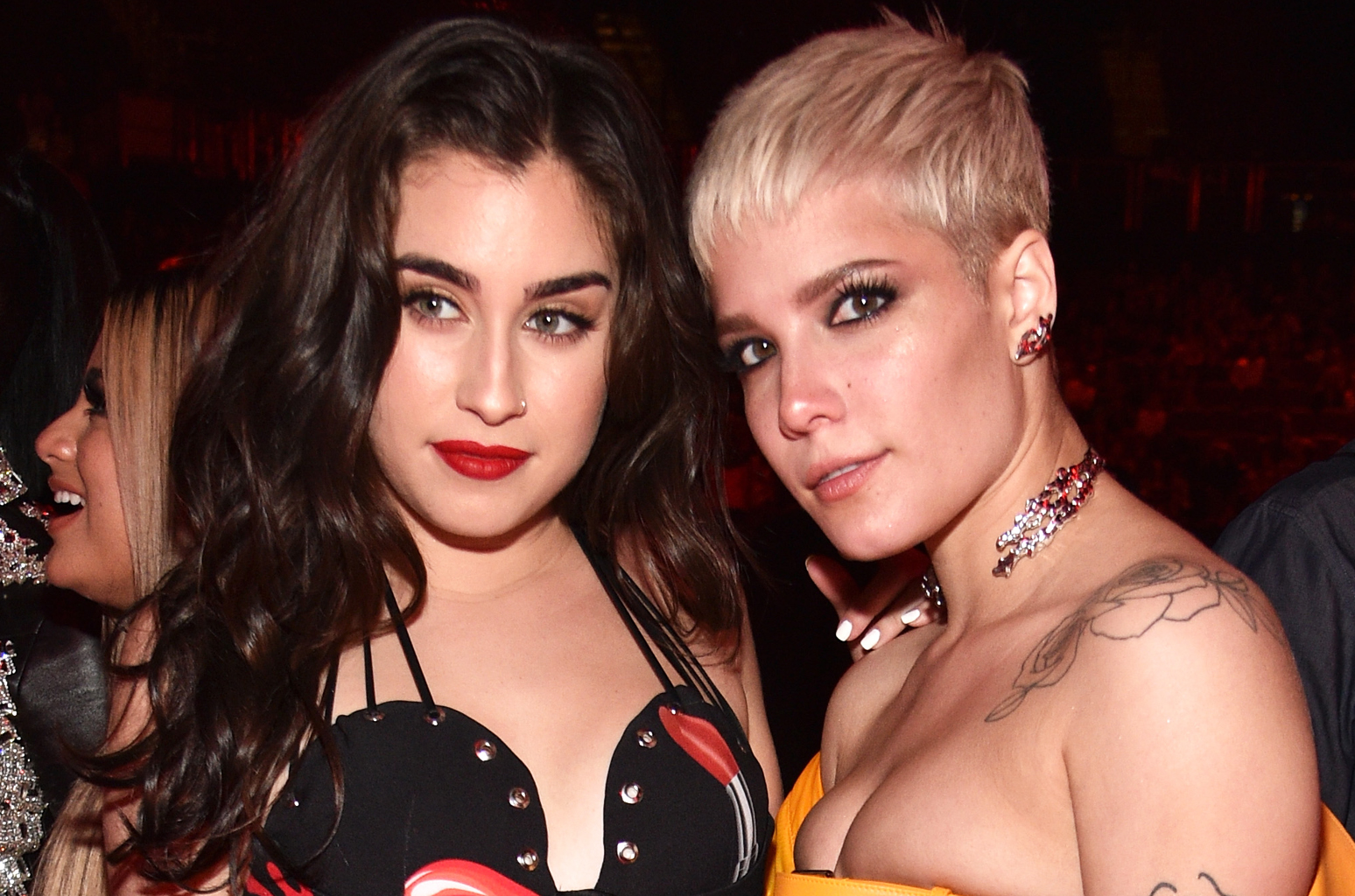 Last year, Lauren Jauregui came out in an epic letter to Donald Trump and his supporters after he was elected as the President of the United States.

In her letter, Jauregui said,

I am a bisexual Cuban-American woman and I am so proud of it. It’s hard to accept yourself when you live in a world where nobody is like you,”

Since Lauren has come out the singer says she couldn’t be happier with the reactions and support she has received from her parents and her fans across the world. 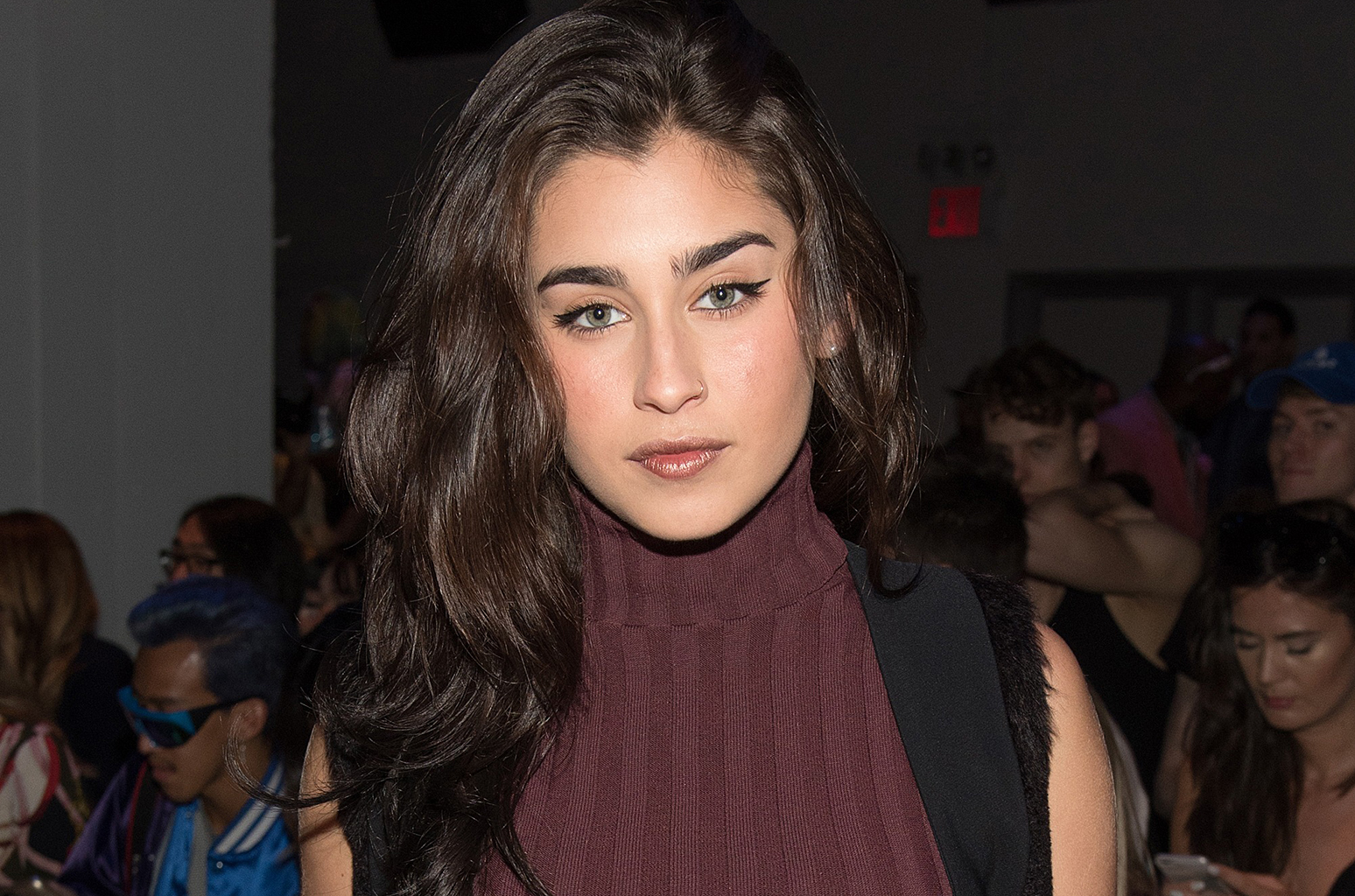 In a new interview, Jauregui adds

Coming into my own and being comfortable with myself really changed me as a person. And made me more confident and vibrant.”

She also explains that her parents are “such loving, supportive people, they just love me and who I am”.

A bunch of my fans have come up to me and said, ‘because of you and because you came out, I have finally begun to accept myself’.

That is infinitely incredible for me. I didn’t expect to get to the point where I would own to it within myself.”

With the heat of post-election blues, the youth all over the world is trying to speak up and make an impact – assuring any person who is part of the minority that everything will be alright, so long as we stick together.

Just this weekend, Fifth Harmony singer Lauren made her mark.

The 20-year-old came out as bisexual in a very powerful open letter to the supporters of the president elect, and we couldn’t be more proud.

I am a bisexual Cuban-American woman and I am so proud of it. I am proud to be part of a community that only projects love and education and the support of one another.”

This is right after an intimate picture of the star kissing another girl – who’s thought to be Lucy Vives – made rounds on the internet.

Although, addressing the issue, Lauren states in a tweet, “nopee(: I wrote it this morning when I saw who appointed as attorney general..before rehearsals” – in reference to when the letter was penned.

The picture is said to be taken on a wedding just Friday. Not long after, the hashtag LongLoveLauren trended worldwide on twitter as a sign of support from fans.

No further statements were given by either side, and it isn’t clear whether there was anything romantic behind said kiss.

The singer’s message paved way for discussions about the current state of our society and the implications, effects, and consequences of what just occurred not only to the United States, but the world in its entirety.

It also encouraged a lot more people to stand up for themselves and fight for what they believe in.

If I could tell every Trump supporter two things, it would be to travel and read a history book. Look beyond yourselves, look at how petty the morals you uphold seem when you realize we are not the only ones. Realize that your white skin is the result of immigration from Europe, that the only true “Americans” are Native Americans, who are indigenous people that inhabited this land before these conquerors from other countries (England, France, Italy, Spain) wiped them out almost entirely. None of us belong here but all of us deserve the right to feel safe and live our lives in peace.

To not have to worry about potentially dying, or being electro-shocked, or beaten, or raped, or emotionally abused because our existence and/or choices for ourselves upset someone else. This is the world Trump is fostering. This is the division that has risen since the beginning of the campaign. We are not America indivisible any longer, we are united on two separate sides; Love and Hatred. We are not “whining” about our presidential choice losing, we are screaming battle cries against those whose political and personal agendas threaten our lives and sanity. We are making sure you hear us, no matter how much it bothers you, we EXIST.”

UK-based folk singer Kimberly Anne’s ‘Heartbroken Medley’  is an acoustic Mash-Up, which has been playing over and over on my iPod. Love her vocals.

After releasing two gold singles in the US, Miss Movin’ On and BO$$more, Fifth Harmony – comprised of Ally, Normani, Dinah, Camila, and Lauren – have set their sights on global domination.

Saadiq has been making great music for years and continues to create melodies that will live forever.